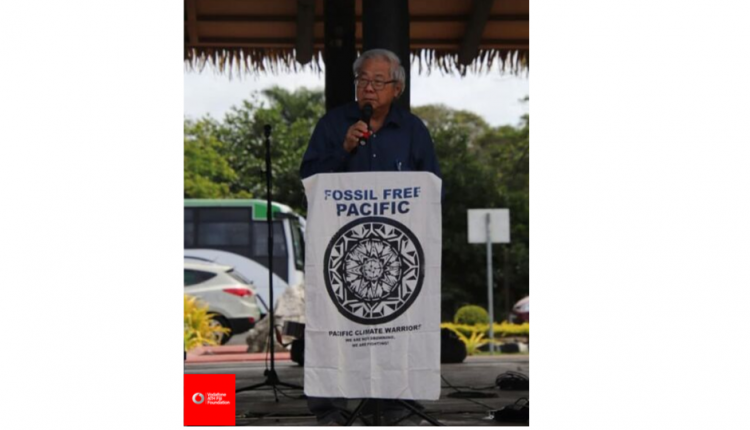 From the 20th – 27th of September people from around the world organised their own global strike on climate change, Vodafone ATH foundation and other stakeholders partnered for the NIU FEST which was held at My Suva park on the 21st September.

The Vodafone ATH Fiji Foundation has partnered  with its World of Difference charity, Capacity Building and Story Telling Fiji and Project 350.

mSDG was launched to raise awareness on United Nations declared sustainable development goals and mClimate was launched to showcase the support towards Cop 23 and ratification of all commitment signed by the that is to do with environment and climate change she said.

We have already shared programs at grassroots community and also partnered with yaubula committee and Hakwa Foundation to realise the same said Ms Devi.

The mClimate channel offers an innovative and interactive, two-way, mobile-centred sms platform, to both disseminate information and encourage communities to engage in behaviour that is not only friendly to the environment but behaviour that would help reduce the impacts of climate change. In the COP23 Talanoa spirit, this platform enables open discussions involving everyone that is facing the reality of climate change yet are committed to making a difference to reduce its effect said Mr Prasad

The platform, linked to an Vodafone ATH Foundation initiative web portal (www.mobilise.com.fj), will empower our people to share their stories of concern of how they are being affected but more importantly also highlight climate resilience-how they are helping to reduce impact and adapting to climate change and inspire others. The portal will have a dedicated tab under mClimate with a diverse range of multimedia information available on raising awareness on climate change, environment preservation, land degradation, ridge to reef, saving our ocean, food security, renewable energy alternatives, coral conservation, useful tips, stories and videos

Vodafone ATH has some 500 partners and stakeholders that it works with closely on annual basis.

So far the Foundation has invested over 20 million in the communities of Fiji said Ms Devi.

International Day of Older Persons “The Journey to Age Equality”